Such a perfect cast and so tidily put, the whole movie is engaging and worth watching again.

Anybody Got A Match? 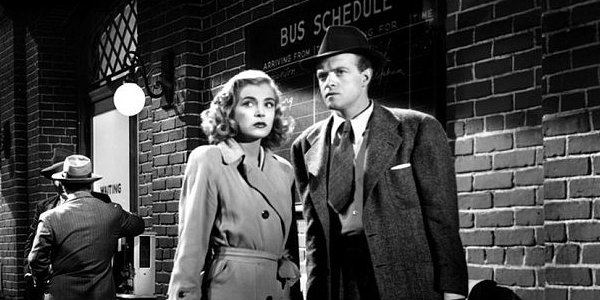 The Strange Love of Martha Ivers is a peculiar film.

It pretends to be one thing, then by the end of the movie, it horrifyingly surprises you. At first, you believe it’s going to be a tender movie, celebrating the bond of love and friendship; 15 minutes in, however, that all changes for the worst.

If you’re a classic film watcher, you’ve probably seen this picture recently. Seeing as though TCM has become the sole purveyor in distributing these classic morsels, it’s become more and more common for folks in our blogosphere to overlap reviews of certain movies – this happens to be one of them.

In summation, the film follows the life and loves of a woman named Martha (played by Barbara Stanwyck) and the people around her that become collateral damage due to her actions.

Starting in her youth, Martha invariably had a habit of using people…

Readers inquired about the scaled down ceremony, I thought I’d supply the visual, and yes – these statuettes were plaster: 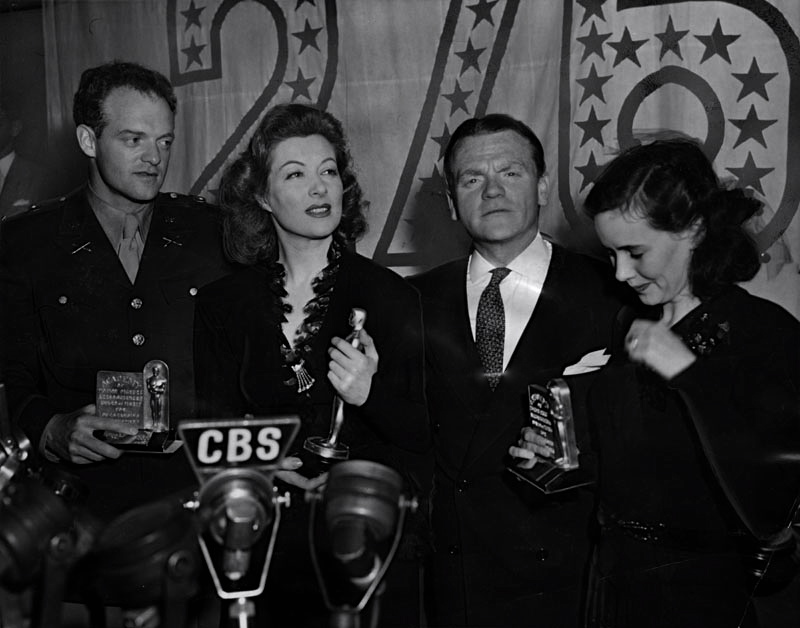 The beginning of a different era in film making – realistic yet fantastical .. 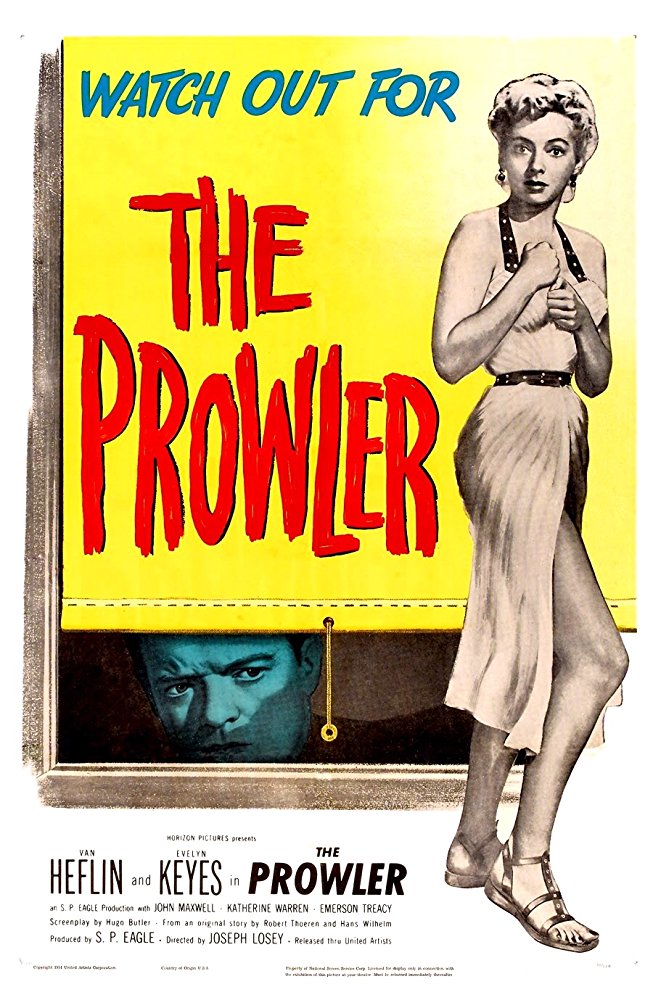 The Prowler has been sat, patiently waiting for me to get on with it. Nearly started it a few times but knew I was really going to enjoy this one, so I was happy to wait till it was the perfect time. Knowing it was directed by Joseph Losey, who hits more times than not and being even more psyched by the two stars, Evelyn Keyes and Van Heflin.

The need for command over your language so as to be polite, precise and also pertinent .. 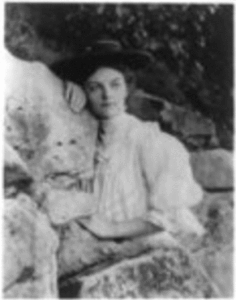 The Washington Post publisher Katharine Graham had a complicated relationship with her mother, Agnes Meyer. When confronted with a line at the movies, Graham wrote, her mother would go up to the box office and announce: “I am Mrs. Eugene Meyer of The Washington Post” so she could jump the queue. “As the years went on, my mother seemed to have a more and more difficult time emotionally. She became increasingly engrossed in her friendships with the series of men in her life… ” One of Meyer’s most intense relationships was with Thomas Mann, who later wrote to his biographer Donald Prater that he felt, “an almost uncontrollable desire to give this woman tyrannizing me a piece of my mind.” In 1943, he did: 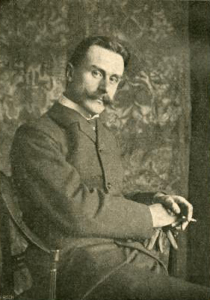 “I, who am agitated by everything, who need peace and quiet as I do my daily bread,  who can neither accomplish anything nor even…

“He calls you the Iceman.”

Mycroft Holmes is one of the most complex characters in Sherlock, possibly more so than even his brother.  During Series One, the audience learns very little about Mycroft, save that he, according to Sherlock, “is the British Government (when he’s not too busy being the British Secret Services or the CIA on a freelance basis)” and that according to him, he and Sherlock have a “difficult relationship.”  However, while the first episode of Series Two does everything in its power to confirm Sherlock’s assessment, it calls into question Mycroft’s – as the impression is given that perhaps their relationship is not so much difficult as it is incredibly complex.

Even after this episode, there are several questions yet to be answered about Mycroft’s character, and what is known (as well as what can be inferred from what is known) could take…

The Birth of The Prince of Darkness 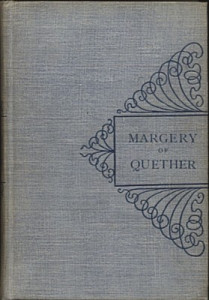 ‘Margery of Quether’ is Sabine Baring-Gould’s unusual vampire story. Published in 1891 in a collection also containing four non-supernatural tales, it tells the story of a very uncommon romance that blossoms between a young Dartmoor squire and a seventeenth-century witch who has been cursed with eternal life – but not eternal youth. 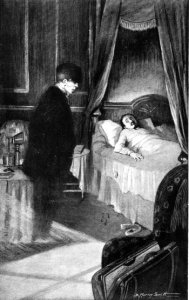 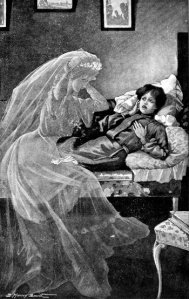 A Book of Ghosts is also included in this ebook. Published in 1904, it collects almost all of the many ghost stories composed by Baring-Gould in the second half of the nineteenth century for the periodical press. These tales were produced as part of an immensely prolific career, encompassing not just fiction, but topography, hagiography, antiquarian research and several well-known hymns (among them ‘Onward Christian Soldiers’).

‘Margery of Quether’ and A Book of Ghosts [Kindle]

‘Margery of Quether’ and A Book of Ghosts [Epub]

‘Margery of Quether’ and A Book of Ghosts [PDF] 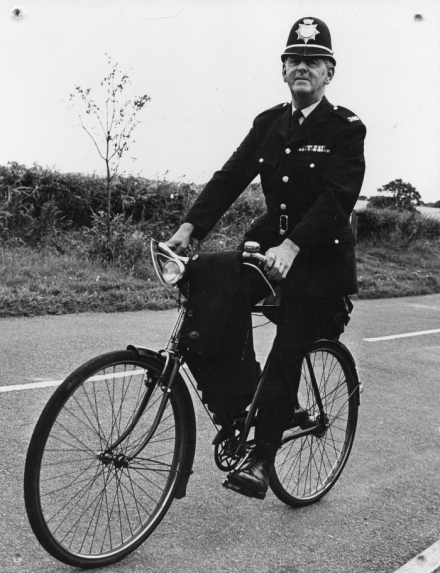 via The Old Bill. — Mediocre adventures of a middle aged cyclist

my favourite show as a kid!

Life Behind The Scenes 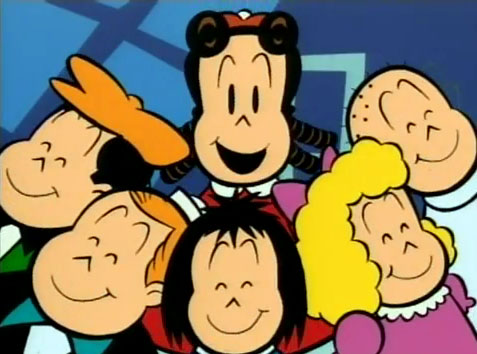 it’s about:
Lulu Moppett is like any other kid who gets into a little mischief every now and then with her band of friends. She may get into trouble with her antics; but she always has the best of intentions tackling any situation.

my earliest history with the show:
It was on Cartoon Network back when they had decent series in the roster. This is another show I loved watching when I was a kid. It starts right when I get home from school. After a tiring day, I turn the TV on, sit back, and relax. It was a routine I stuck with well into early high school. I loved it.

why it sticks:
The Little Lulu Show is one of those cartoons that is not too “young” and not too “adult.” Through the stories, it is remarkable how the writers…

how could i have been so ignorant! 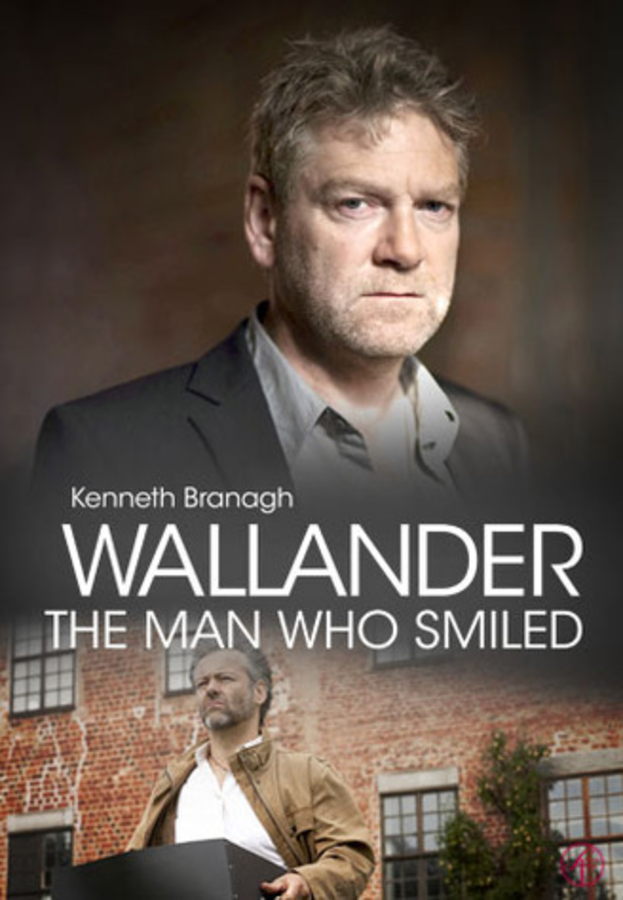 Well, here we go with Wallander: The Man Who Smiled (2010) which was published as Mannen som log by Henning Mankell, the fourth in the series of novels now adapted by Yellow Bird. Those of you who have read the previous reviews will understand my sentiments when I report the first few minutes of this episode are not auspicious. Once we’ve passed by the prologue which past experience tells us is a murder, we join a depressed Kurt Wallander (Kenneth Branagh) walking along the seashore. Perhaps not unnaturally, he’s still a bit upset about the last episode in which it was necessary for him to shoot the right-wing killer in the head. He’s taken a life and, for him, that means passing over an intellectual and emotional red line. The result is a desire to torture himself. As a film director, Kenneth Branagh should really… 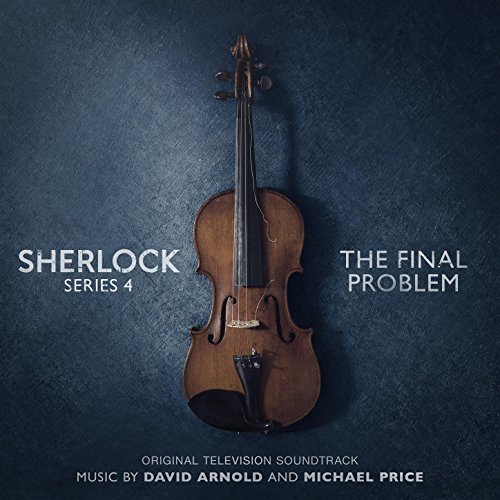 Long buried secrets finally emerge as someone has been playing a very long game indeed. Sherlock and John face their greatest ever challenge. Is the game finally over?

According to the news that was the final episode. As any other fan, I still do not believe. I was still crying at the end of one and a half hour. That day and the following days I watched over and over and over again. I wish it was a ten-hour episode.